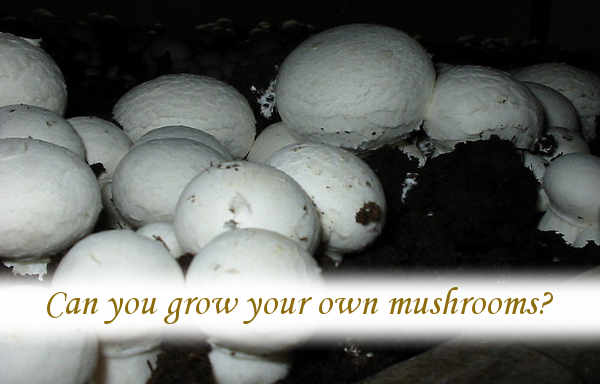 In a discussion I was having with someone about making compost from kitchen and garden waste, the question came up about whether we could use our own compost for growing our own mushrooms. I’ve always known that mushrooms will only grow when the conditions are exactly right and that they will grow if they have access to the rich range of nutrients that home produced compost provides. So, can you grow your own mushrooms with the help of your own compost?

Can you grow your own mushrooms? Yes but it takes skill.

If you want to use your own compost to grow mushrooms, you must aim to make the best quality compost that you can. We have a post that will, hopefully, get you off to a good start. Go to Composting to find out more.

In nature, we often see mushrooms growing in odd places where you wouldn’t expect to see them. It’s never immediately obvious why they grow where they do, and don’t appear everywhere else.

If we want to grow mushrooms there are 4 basic measurements that have to collude together for any chance of a successful crop. These are:

All 4 of the above have to line up at the same time. If there is too much of one input or not enough of another, then, the conditions won’t be right enough and mushrooms won’t appear.

There are ready made ‘starter’ kits that you can buy. These contain everything that you need, as far as basic ingredients are needed. However there is much more to be understood as regards the required moisture and temperature level requirements.

Looking at growing your own mushrooms

For anyone who’s serious about attempting, what would essentially be, mushroom farming, there is a training-course, that I’ve found, that explains in detail, how to grow mushrooms. It consists of over 150 pages of instructions with illustrations and step-by-step instructional videos that cover most aspects of how to achieve the the right conditions for growing mushrooms. You can find out more about the course at:  ‘Mushroom growing 4 you’

What are the basics for growing mushrooms?

Mushrooms, to many, are something of an enigma. They are often viewed as a plant but they aren’t. Mushrooms are a fungus. They aren’t grown from seeds. They are grown from spores.

There is a range mushroom spore varieties out there to choose from. If you’re a beginner, it’s probably wise to start with something that’s relatively simple rather than diving in and attempting anything exotic.

You need to find a location that’s suitable for growing mushrooms. This is probably the most important consideration. They need to be in an area where there is sufficiency of everything that’s needed in terms of moisture and humidity. The ideal location is a basement-room that can be allowed to remain damp with a humid atmosphere. It must remain, mainly, constant although slight variations may be tolerated.

About growing your own mushrooms

If you don’t have a suitable basement-room area or it’s not available for such use, it’s possible to grow mushrooms outside. The aim must be to achieve similar conditions to that of a damp, humid basement room.

This is possible to do. Using plastic sheeting, you can create a suitable micro-climate that will retain sufficient moisture in the growing-bed and the air that sits immediately above it.

A more elaborate approach for anyone serious about growing mushrooms, perhaps commercially, would be to assemble a poly-tunnel.

A poly-tunnel designed for growing vegetables will be made from clear, transparent plastic, for obvious reasons. A similar construction can work for growing mushrooms but it wouldn’t need to be clear plastic. Black polyethylene sheet would be ideal. You would need to have two layers of sheeting to create an insulation gap.

One layer of black sheeting would absorb a lot of heat from the sun. This would make the interior of the tunnel too hot. Insulation would avoid this. Conversely, in cold weather, such insulation would be equally effective. Double-layer insulation would help to keep a constant temperature through the winter months.

An alternative approach would be to us plastic sheet that has been triple extruded for another application. There is a plastic sheet that’s available that has black on one side and white on the other. This would be ideal as the white side would reflect heat from the sun thus maintaining a more suitable temperature in the tunnel.

A poly-tunnel will, probably, be too extreme for most people who just want to try growing mushrooms for the first time.

You can growing your own mushrooms

When you’ve settled on your location, large and ambitious or small for beginners, you have to prepare the growing beds. This is where you use the compost that you’ve made from all that kitchen or garden waste. Make sure that the compost is fully formed i.e. black and crumbly.

Make a layer of compost in a shallow container. A depth of 2 to 3 inches of compost should be enough. Then cover this with 1 to 2 inches of fine, workable top-soil. If you can’t get hold of top-soil you can use wood-shavings or sawdust. Don’t use anything with preservatives in it.

With the compost and sterilized substrate in place, we can load in the medium that contains your mushroom spores.

Keeping this moist is necessary but it doesn’t need to be soaking wet. Apply water using a  mist-sprayer. You only need to keep the growing area damp.

Depending on the general conditions in your location, it may be necessary to cover the growing area with plastic to maintain constant humidity.

If all goes well, you should see signs of mushrooms appearing, around, three weeks after setting up the growing-bed. There should be mushrooms ready for harvest, about, a week after that.

Grow your own mushrooms, start with something easy

What are the easiest mushrooms to grow?

For a beginner, it’s usually better to attempt to grow common types of mushroom.

For most, that will be the portobello mushroom. Its technical name is Agaricus bisporus. It’s very safe to eat and can be harvested in the early stages of growth when it’s better known as the white-button mushroom. If allowed to reach full maturity, they open out into bigger, flat-topped mushrooms. At this stage they are referred to as portobello mushrooms. 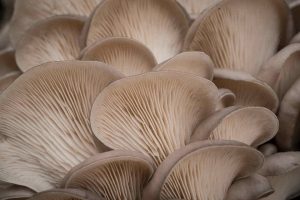 Another mushroom that appears to be relatively easy to grow is the oyster mushroom. These are grown and consumed worldwide. They are known for their flavour and very expensive to buy. If you are looking for a mushroom that’s a bit more exotic, has a good flavour and you want to impress your friends with something that’s known to be expensive, then, growing oyster mushrooms could be for you.

Its natural growing habitat is on dead, rotting wood in forests where the humidity and light is low. The growing method, for home cultivation, will depend on which variety you want to grow.

In the wild they grow on dead wood but, to cultivate, they will grow on pasteurized straw. The spores are scattered onto the straw, after cooling from the heat treatment. Some oyster mushroom types do better in very low light while others perform better in some sunlight. Some varieties are temperature sensitive. It will depend on which variety that you choose.

When harvesting oyster mushrooms the trick is to twist them off at the base but leave some of the base as this will encourage regrowth.

You could collect your own mushrooms spores

How can I collect mushroom spores?

Focusing on extracting spores from a gill-type mushroom, the process is quite simple. You need a mature mushroom that’s fully opened with the gills exposed. You place this, gill-side down on a piece of paper and place a glass bowl, upside down, over it. This is to stop it from drying out. Then just leave it overnight. You will then see the spores that have dropped out. These can then be placed in your growing area on the ready-made substrate.

Can you put avocado peels in compost?

Can I put eggs in the compost?

Can I put cooked food in the compost? 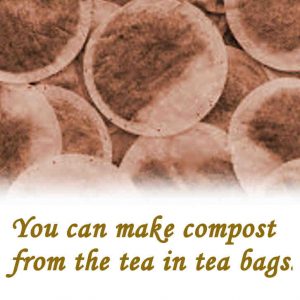 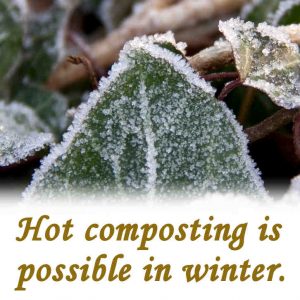 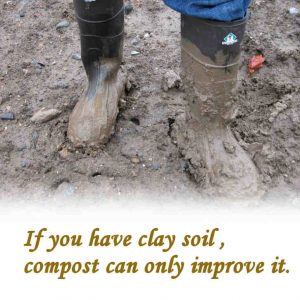 Previous Post: Can you put carrots in compost?
Next Post: Can I put cooked potatoes in the compost?