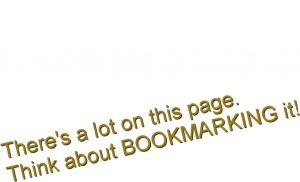 If you buy an item via links on this page, we may earn a commission. Our editorial content is not influenced by commissions. Read the full disclosure.

Don’t set up an indoor worm farm until you’ve read this!

Some people have had bad experiences with indoor worm farms. Worms escaping, bad smells and flies have been the main issues. All of this can be avoided.

Seeing and hearing about some of the experiences that people are having with worm farms, it’s clear that some explanation is required.

Set everything up before adding the worms

Some suppliers of indoor worm farms supply the worms as part of the kit. This isn’t always a good idea. The tray assembly needs to be set up and fully prepared before you can even think about adding the worms.

You need to half fill the base tray with moist compost.

Regardless of whatever else turns up in the kit of parts, you need to acquire some moist compost that has been either fully or partially made. This will provide a source of well rotten material for the worms to feed on from the moment they’re introduced.

Doing this will avoid the problem that some people have of worms escaping during the first night after installing the worms. They will escape at this point if they’re hungry. 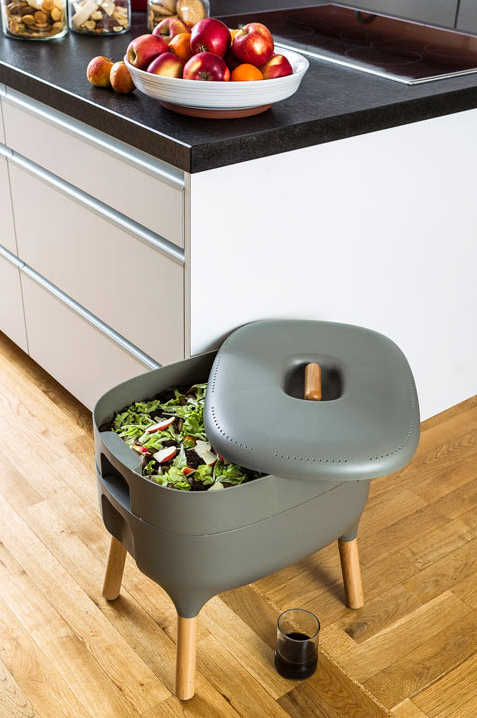 Worms will not eat fresh food-waste that’s come straight from the plate. Food-waste needs to begin the process of rotting before the worms can start to feed on it. This usually starts with mould appearing on the food. It may be a few days before this will happen.

The worms will graze on the mould when it appears. The mould will continue to break down the food-waste until there is no more nutrient value left for it. At this point the food-waste will have broken down enough for the worms to ingest and feed on.

If you place fresh food-waste in the worm farm and there’s nothing else, you may think that you’ve just fed the worms but they can’t do anything until the mould appears. So, regardless of food being there, they can’t eat it. 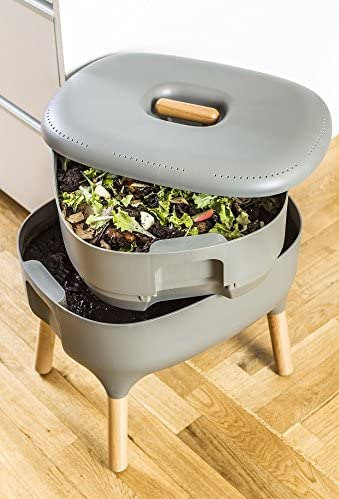 With a layer of moist compost waiting for them in the bottom tray, you can now add the worms. They will disappear into the mass of compost that you’ve provided and feed on whatever is there.

Allow an hour or two for the worms to settle in and then add an inch-thick layer of shredded newspaper over the surface of the compost.

Sprinkle enough water onto the paper to make it damp. The worms will venture up into the paper and will start to feed on it. Damp newspaper is soft enough for them to ingest, it doesn’t need to go mouldy. 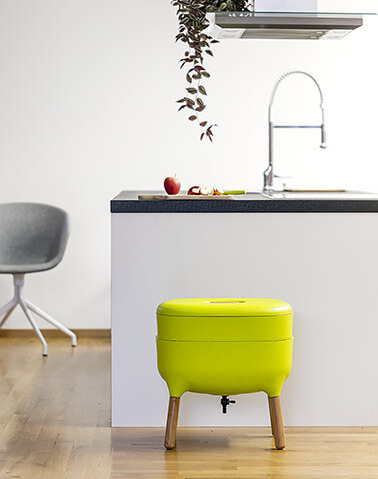 Now you can add fresh food-waste

With the worms settled in and a layer of shredded news paper in place, you can load in some fresh food-waste. When the moulding process begins, the worms will move up into it and start feeding.

The compost and shredded paper will keep them occupied while the food-waste has time to go mouldy and then rot.

To help the process along, it always helps if you chop the food-waste. Chopping will increase the surface area on the waste. This will allow for more mould to grow more quickly. 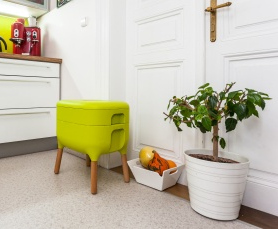 As time goes by, the volume of material will build up in the worm farm. This will generate liquid which will be at the lowest point. It’s very important that liquid is drained out regularly. The remaining solid material will remain moist, which is all that’s needed.

One of the problems that people have is that they don’t drain out the liquid and the worms escape because of saturation. Worms only require a limited amount of moisture. Collect the liquid. It’s a valuable nutrient-rich feed for plants and shouldn’t be wasted. 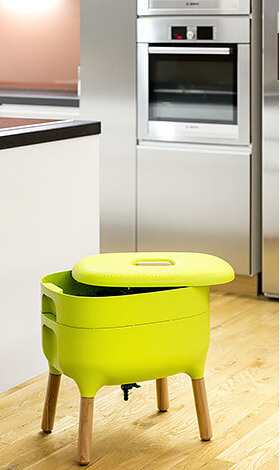 Among the concerns that some people have about running a worm farm is flies and vermin. Flies are more likely to show up if you don’t regularly drain the liquid away. In this situation there will also, most likely, be a smell.

Then, of course, there is the question of maggots. Some people are going to the trouble of freezing their food-waste to destroy any eggs or emerging maggots. The freezing process will do this and it will help with the rotting process when thawed but this shouldn’t be necessary as I’ll explain below.

As for vermin, a well-run worm farm will allow for the food-waste to rot and become digested by the worms before any vermin can be aware that it’s there.

Both the flies and vermin can be avoided by the addition of a regular sprinkling of hydrated white lime. This is relatively cheap and highly effective. It will reduce any acidity that may be present. Fruit waste tends to be acidic. Acidity, at any level, will preserve rather than allow moulding followed by the rotting process that we want.

The use of hydrated white lime has a place in making compost at any level. Worms will work much more efficiently where lime is applied as they prefer low or no acidity. A light dusting of lime will deter flies and anything else that may take an interest.

If you’re thinking about making compost but you don’t have a lot of room or you’re not sure about setting up a large compost bin, think about this.

This is the URBALIVE worm farm, designed by the Czech designer, Jiří Pelcl.

It’s seriously more stylish than most other worm farms out there. It will fit in any kitchen or on any balcony without shouting out ‘hey everybody this is a worm farm!’. At first glance it could be taken as a piece of furniture.

Managed properly, it can handle all the plate-scrapings, fruit and vegetable peelings from the average home. 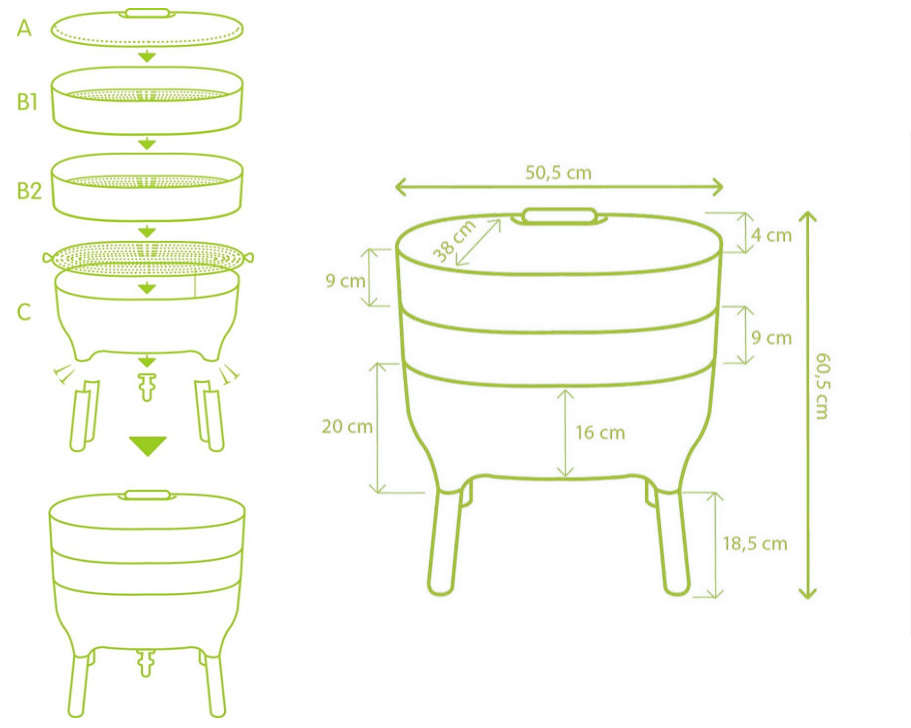