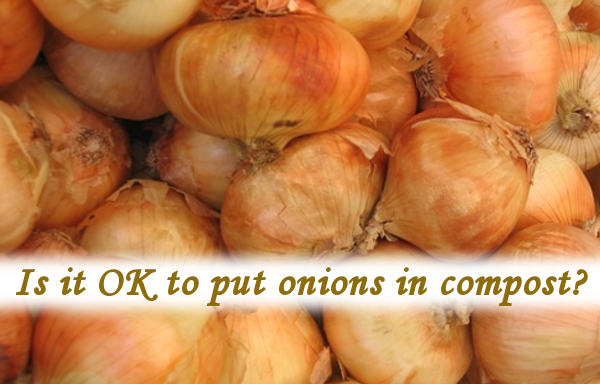 Of all the vegetables that we include in our diet there are some that need extra consideration. One of these is the onion. It can make us cry, it can arouse our taste buds and send out that special aroma when fried. But, some people ask, what about onion waste, is there anything in onion that will mess up a compost heap? So, is it OK to put onions in compost?

Remember this when you put onions in compost

You need to watch out for this. An onion, in its complete form, is a bulb, just like a tulip bulb. If they get the chance they will sprout shoots and grow. If they start this, you will see evidence of it emerge in an open heap.

You may see new shoots from an onion when you look in a compost bin. As for a tumbler, where the contents may be more hidden, new shoots will become broken as the contents are rolled over. This will make it difficult for any sprouting onions to survive.

Is it OK to put onions in compost? Yes but chop them up first.

The best way to avoid onions sprouting in the compost is to spend a moment cutting them into pieces before loading in. This will stop the problem before it starts.

You need to treat this as dry paper. In a compost heap that contains kitchen waste, there are going to be ingredients that contain moisture. In most situations there will be enough moisture to share with any dry materials including onion skins. When they become moist, they will start to rot along with everything else.

It’s quite clear that onions contain a range of potent, naturally occurring, chemicals. We don’t complain about it. It’s what gives it its special flavour, not to mention that rich smell that easily draws a crowd to a burger-bar or canteen. It’s this same potency that may cause a problem if too much of it is found to be in one place when we’re trying to get things to rot.

There’s no doubt that onions will rot. The issue here is that if you have too many rotting in one place, they may generate a bad smell. So if you have a lot of onion waste, spread it out as much as you can when you add it to the composting mass.

Cooked onions will have lost any potency that may cause smells. This will be a wet mush that will probably rot faster than most other ingredients in the heap.

No, worms can’t eat a fresh onion. When fresh onion is added to a compost heap, the worms will stay away from it because of the smell. This won’t be a problem to them because in a compost heap there will, usually, be enough of a mass for them move into. The smell won’t last very long, it will completely disappear when decomposition is complete. They will stay away from any fresh onion until it’s ready to be consumed.

They can only eat onion when it’s reached the required level of decomposition. This is best achieved by chopping the onion to accelerate the rotting process.

What is the best way to store an onion?

Store onions in a dark, cool place to have the best chance of ensuring that they will be firm and useable. Aim for a temperature range of between 40–50°F (4–10°C). They must not be allowed to become warm. It’s the combination of warmer temperature and any moisture, that may be absorbed from the surrounding air, that will encourage them to start growing shoots or rot.

Don’t store onions in plastic bags as this will reduce air movement and won’t allow moisture to get away. It’s much better to have them out in the open where they will have a good chance of staying dry.

Can I store onions in the refrigerator?

You can store onions in a refrigerator but it’s not wise. It won’t do any lasting damage to either, it’s just a question of the smell may get into everything else. Onions with the skin on are best stored in a dry dark place with good ventilation which will keep them dry.

The only time that I keep the odd onion in the fridge is when I’ve got a surplus peeled onion which I intend to use later. What I normally do is wrap it in cling film. This will seal it in, just enough to contain the smell and reduce the drying out that happens in a refrigerator. This is never a long-term thing, only one or two days and it doesn’t seem to affect other items in the fridge.

How long can I store onions?

You can expect onions to keep for about 6 months provided that they are in a dry place and, preferably, away from daylight. You can do everything that needs to be done to help onions to survive storage but there will always be the odd ones that will either shoot and try to grow out or, simply, start rotting. You shouldn’t be too disappointed when this happens, everybody gets it. There should be enough useable onions left that will be hard and of sound quality.

Can an onion be poisonous?

There is a belief going around that if you peel and slice an onion, that you must eat it the same day. Apparently if you don’t and leave it until the next day, it will have absorbed bacteria and become unsafe to eat. None of this is true. Onion is acidic and, therefore, isn’t a place where bacteria, viruses or any pathogens can thrive, at least in the short term. Onions won’t become poisonous overnight.

It appears that it’s the opposite. There’s been research to show that the juice from an onion can sterilize and suppress many of the common forms of microorganisms that can be responsible for food poisoning.

The best way to keep skinned onions for a short period of time is to put them in a bowl of water, then add one or two teaspoons of salt. This doesn’t need to go in the fridge and it’s a good way of preparing most vegetables today, in readiness for tomorrow. 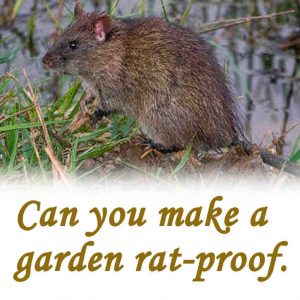 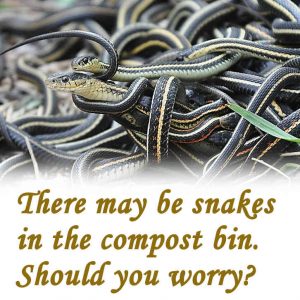 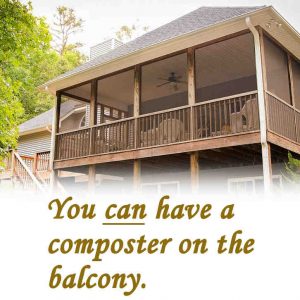 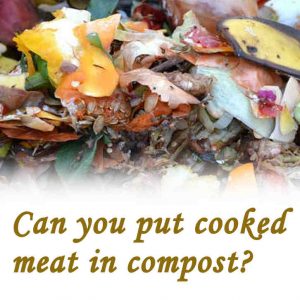 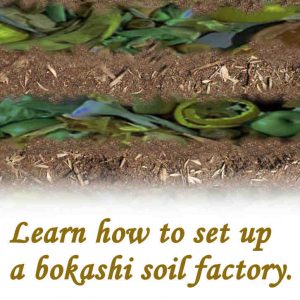 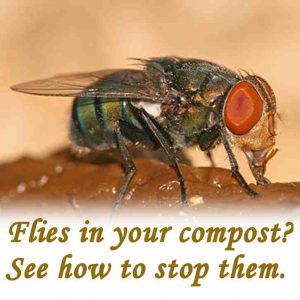 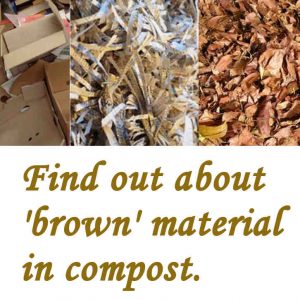 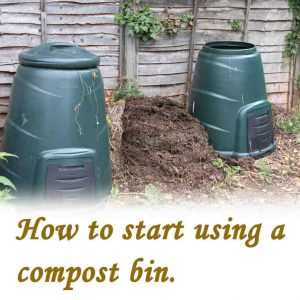 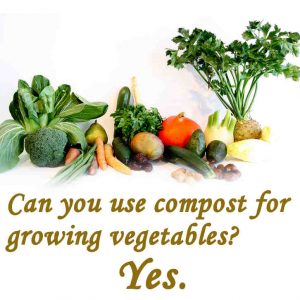 Previous Post: Can I put eggshells in my compost? Grind them into powder
Next Post: Can tomatoes be used in compost?