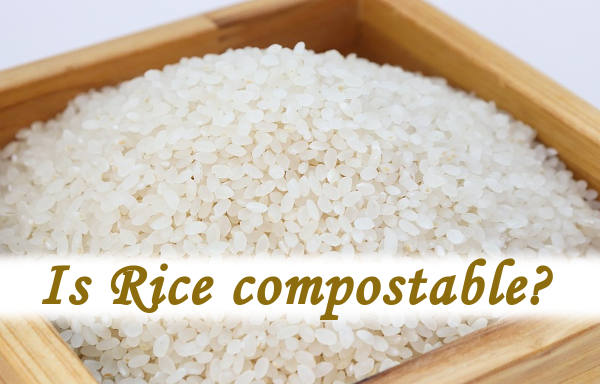 You’ve gone to the trouble of preparing rice for those who may want it as part of a meal presentation but there’s a load left over, or, may be, some one’s left a load on their plate. What are you going to do with it? Is rice compostable?

Rice is compostable. You can put both cooked rice or uncooked rice in compost. Rice will grow mould very soon after it’s been added to compost. Large quantities of rice added to compost may attract rodents but this can be reduced by adding hydrated white lime.

Rice is food to us, so it will be food to other life-forms including the entire welcoming committee in your compost heap. As with any other foods that are cooked rice that’s been boiled or steamed, will rot down quickly. It will go through the same moulding and rotting phases as everything else.

There is nothing to be specifically aware of about rice that will affect or delay the process that takes cooked rice from the plate to a finished compost. You could almost say that it’s made for composting. Cooked rice, as a mass, is, by its nature, particulate. Air can move through it, allowing fungal spores to attach and begin the moulding stage.

There will be no acidic element from adding cooked rice to a compost heap. If the remainder of the mass is acidic to any degree, then, this may slow down the breakdown process and the rice will be, temporarily, preserved.

The best way to avoid this is to sprinkle some white hydrated lime on any food waste that’s being added to the compost. White lime will neutralize acids or, at least, reduce the acidity to a level that encourages a faster, more effective composting process.

Having been broken down enough, the worms, if present, will move in and digest it down to crumbs. It doesn’t take any extra management when you need to dispose of cooked rice in a compost heap. Cooked rice won’t take any longer to convert to finished compost than any other organic waste.

Is rice compostable? Yes, rice is starch, it will go mouldy.

The whole process will work much better in a compost tumbler. Regular agitation will keep the composting mass open for plenty of air to get in. This is what we find with the Rolypig composter. We don’t need to roll the Rolypig over very often. It only needs a full revolution every two or three weeks. A gradual roll over, moving from one flat to the next over a long time is enough to agitate the contents.

If you look at the nutritional value of rice, it’s mainly a carbohydrate food with some protein. Some are saying that rice can be classified as a ‘green’ but there isn’t enough nitrate carrying protein present to confirm it as such.

Because it’s a high carb food with a nitrate content, cooked rice could be better described as a balanced ingredient as far as making compost is concerned. That is to say, if you had a heap of only cooked rice and nothing else, it would convert to compost without the addition of anything else. Except a liberal application of hydrated white lime which will reduce the risk of any acidity occurring throughout the decomposition.

Why do some say that you mustn’t compost rice?

Looking around and seeing the comments of others, the view is that cooked rice is ‘a haven for bacteria’. They’re right, it is. Because of the structure of a heap of rice being a mass of small grains that provide a large surface area that’s warm, this is a perfect breeding area for bacteria.

We should take this seriously but, remember, all foods are a potential haven for bacteria. Bacteria play a large part in the composting process. Indeed, for a compost heap to be successful, it has to be a haven for bacteria in itself.

Most of our efforts need to go into preserving foods up to the point where we actually eat it. The aim is to keep bacteria away from all of it. When the time comes when it’s either a left-over or it’s past its ‘use by’ date, then, that’s the point where you just have to let it go. Beyond this point bacteria can be left to do its thing.

Another issue is vermin. You may have heard the saying ‘Rats and mice will eat cooked rice’. If you haven’t, then you have now. Vermin and other scavengers will eat any foods that are out there if they can get at

It. There’s nothing different about cooked rice. It’s the same story as with anything else in the compost. The faster you can get it to rot down, the less interested vermin and scavengers will be.

The best thing you can do to avoid problems with vermin is to add some hydrated white lime to your compost. This will make the site as a whole unattractive to unwelcome guests and it will accelerate the process enough to out-run any potential interest from pests.

Is bokashi a better place for rice?

Cooked rice will break down if you put it in the bokashi bucket, along with everything else. The thing about bokashi is that it’s only temporary. Making bokashi isn’t making compost. The contents of a bokashi bucket will be very acidic. This is due to the nature of the process. Bokashi is a fermentation process that produces acids.

Some could describe the bokashi system as a controlled ‘mess-maker’ that doesn’t actually rot down organic waste but dissolves it into a preserved slurry. With it being in a sealed, air-tight bucket, it’s out of sight and out of mind. Users of the system think they’re getting rid of their kitchen waste but they’re just preserving it.

There will come a point when they have to empty the bucket and this is when the contents will begin to convert to compost. Making compost from bokashi generated material will require a considerable amount of hydrated white lime to reduce the high level of acidity. This can be achieved. When the acid level has been reduced to be low enough, there’s nothing to stop bokashi generated material from becoming good quality compost.

Can you compost left-over curry?

So, is it likely to be a problem? Well, no, if you take the precaution of adding some hydrated lime. Unless it’s a vegetarian curry, there will, almost certainly, be odd bits of meat in it. The lime will deter pests and help to move the composting process along

What other options are there for left-over rice?

From all the reviews that we’ve picked up about what to do with leftover rice, the options are limited. It’s clear that the ‘keeping’ time for cooked rice is short, even if you put it in the fridge. The best advice that we can find is to eat, as much as you can, with the meal that it was originally prepared for. Then plan to consume any leftovers within a day, preferably on the same day as the original cooking.

Cooked rice seems to carry a higher risk of attracting bacteria of a sort that is particularly troublesome. Reheating won’t be a solution to this as some bacteria can’t be controlled this way.

With this considered, it’s probably best to throw out the left-overs and know that you are avoiding potential problems. The purists around us will point out that: ‘as a nation we are discarding a staggering tonnage of rice every year’. That’s just how it is and it’s probably for a good reason.

Is rice good for your health?

White rice appears to be a favourite among athletes. They use it as a carbohydrate source. A favoured dish among weight-lifters is a large serving of white rice with an equally generous serving of roast chicken. Even though brown rice is seen as the healthier option of the two, white rice is what they see as the one to provide them with the ‘bursts’ of energy that they need. Who’s going to argue with a weight-lifter?

Can you put honey in compost?

People are asking this. Honey is basically sugar that’s seriously attractive to bees. So, we have to be careful with how we go about disposing of it, given that it can’t be consumed. If you put it in with the compost during a time of the year when bees are active, then, they will probably find it and try to recover it.

This, on its own wouldn’t necessarily be a problem for the bees but, as some have pointed out, there is a risk that other factors in the compost may contaminate the honey and make it a bad choice for the bees if they start taking it.

If you must put honey in with the compost, avoid doing it when it’s not the winter-time and make an effort to bury it deep into the pile. If it’s out of sight and the smell is masked by the general, heaving mass that is compost, it’s unlikely that any bee is going to burrow in to find it.

Can pasta go in a compost bin?

Pasta will convert to compost along with everything else in the bin. It’s a starch food. It will go mouldy very quickly in composting conditions. After the moulding phase it will go through the stages of breaking down completely into finished compost. 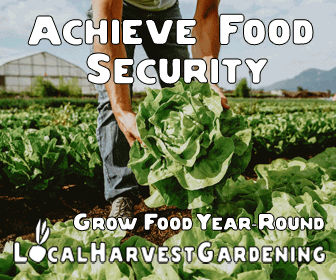