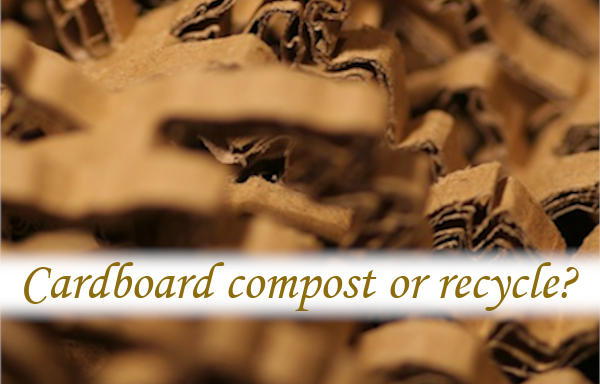 Also: Do I need to sort cardboard for recycling?

Does tape need to be removed from cardboard for recycling?

Can you put printed cardboard in compost?

Can you compost coloured cardboard?

Cardboard. Should we compost or recycle it? Clean, good quality cardboard should be recycled. It takes less energy to recycle cardboard than starting with basic wood fibres. Where it’s clear that cardboard has been recycled many times over, this can go for compost.

Somehow, we all collect cardboard boxes. Some more than others. We take out the contents and put the box to one side. We may need to hold on to it for a while, just in case the precious contents have to be sent back under warranty.

Cardboard, to most people, is seen as rubbish. The simplest way of dealing with cardboard packaging is to bundle it together and put it out with the trash.

There are other options. There are two ways of disposing of cardboard which may appeal to you. They are to compost or recycle.

Most cardboard can be recycled and turned into ‘new’ cardboard. This should be the first choice when considering composting or recycling. The procedures are in place for recycling cardboard and have been for a long time.

You can bet that almost all the cardboard that you get hold of, as cardboard boxes or anything else, will have been made from recycled material. Cardboard can be recycled into ’new’ cardboard over and over again. Sending cardboard to be recycled reduces the need to fell trees to obtain the wood fibres needed to make new cardboard.

Making compost from cardboard couldn’t be easier. If you’re looking for the ideal ‘brown’ to add to your compost-mix, cardboard ticks all the boxes. Cardboard will do everything for your compost that dead leaves would do.

Some people say that you need to shred cardboard into small pieces. This can be difficult to do, especially if you’re handling thick cardboard. Cutting it into manageable pieces will be good enough. When it comes into contact with the main compost mass, it will quickly become moist. It will then break up as other waste is thrown in on top.

Alternatively, as I often do with the Rolypig, soak the cardboard enough to make it damp and soft. This will then fall into pieces in your hands. I can then feed it in very easily. It will function as a ‘carbon-brown’ when it’s wet or dry.

Depending on the scale of your composting operation, it’s unlikely that you will dispose of all your cardboard by making compost. There will most likely be a considerable amount that you could send away to be recycled.

You need to be selective about what you do with the cardboard that turns up. If you buy an item that turns up in a big, clean cardboard box, you may think, as I often do, that it’s too good to be fed to the worms.

If you find that you have a selection of small boxes that contained food of any sort, this can go to the compost. Especially if there are traces of food left inside the box.

You can recycle cardboard rather than composting

Do I need to sort cardboard for recycling?

You will need to sort cardboard for recycling when presenting waste for a curbside collection. It will help your local collection and recycling service if you flatten the cardboard and remove any plastic sticky tape that may be attached.

Unless you have been specifically told to do otherwise, you don’t need to sort and separate specific types of cardboard to be recycled. This will be done at the collection centre. There are varying types of cardboard, some more valuable than others. Each type will have its own specific application and will be grouped accordingly.

Does tape need to be removed from cardboard for recycling?

It will help if you remove any tape from cardboard, for recycling but some recycling process appear to be able to remove it. When removed, it can be filtered from the rest of the cardboard. The recycling process involves pulping cardboard into a slurry from which the lengths of tape can be drawn away.

You don’t need to bother with extracting any metal staples from a cardboard box. These will also be extracted at the slurry-pulp stage with the assistance of magnets. No one works hard these days, everything is made easy.

If they’re kept dry, which, of course, they’re designed to do, they will last for years without deteriorating.

Cardboard is mainly carbon that’s been extracted from the atmosphere and fixed into a cellular form, that is wood.

A cardboard box falls into the category of being organic, in the true sense of the word. If something is genuinely organic, it means that it’s carbon based and once living. Anything that’s organic is biodegradable.

Making good compost will happen much more efficiently if the composting mass is turned over. The rolling action will ensure that there will be an even distribution of everything in the tumbler vessel.

Can you put printed cardboard in compost?

In the case of black ink, this is derived from carbon in the form of coal or oil. There is a polymer inclusion in the mix. This is added to varying degrees to influence the quality of print. Neither of these components will adversely affect composting.

The only part about print that may give cause for concern is the solvents that are used when applying wet ink. These will disperse as the ink dries. There will be no solvent residue left when you reach the point of adding printed cardboard to the compost.

The glue on cardboard will breakdown in compost. There are many things that will break down when subjected to the elements and cardboard glue is one of them.

A compost heap, pile or bin is a very absorbing place. It can take in and efficiently reduce most substances away to nothing. Even when we don’t always know exactly what we’re putting in.

The glue on cardboard is going to be minimal compared to the remainder of the cardboard box. There is no reason to assume that it won’t break down, along with everything else in the decomposing mass. When the glue that sticks cardboard becomes moist, it will lose its structure. It will, at some point in the process, become digestible to one of the many microbial life forms that reside in the compost.

If there is anything in the glue that isn’t digestible by anything, then this element will remain as an inert compound. It will lose itself in the mire that will become your finished compost.

If, for any reason, you need to dispose of thick corrugated cardboard, it can be composted. All cardboard will behave in the same way when you put it in the compost. It will become damp and soft. It will then start to fall apart and become mixed with the composting mass. If there are worms present, they will start to digest it when it’s damp and soft enough.

Can you compost coloured cardboard?

There doesn’t appear to be any concern, anywhere, about potential chemical pollution issues concerning coloured ink on cardboard.

I regularly dispose of cardboard that has coloured print, in the Rolypig composter. It disappears every time and the worm population remains as strong as ever.

You can see what worms will do to a colour printed Cornflake box here.

You can slip through the odd piece of cardboard

If you get too ambitious and try to put through thick, multilayered cardboard, you run the risk of bunging up the mechanism. The electric motor may overheat and burn out.

Trouble comes fast enough with anything mechanical. Most people have a paper shredder because paper is all that they need to shred.

If this is the case or you regularly need to be able to shred cardboard, you need to find a shredder that’s heavy duty enough to handle cardboard.

Can you put an apple core in compost?

Can I put dead flowers in my compost? 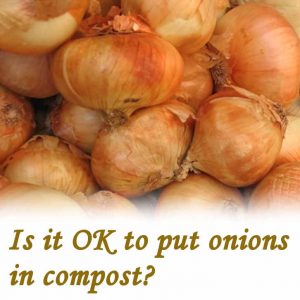 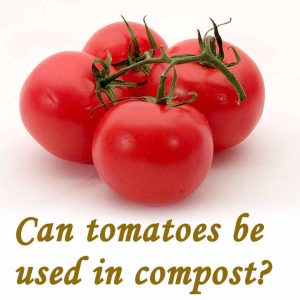